Department of Epidemiology and Microbiology

Department of Epidemiology and Microbiology

The Department of Epidemiology and Microbiology was founded in 1935, when there had been organized a special course of postgraduate training on epidemiology and microbiology. For a long time, the only lecturer of this course had been I.S.Rubenstein, who in 1941 defended Candidate’s thesis entitled «Influence of clarification and concentration of antitoxic serum on allergy», and in 1947, he got the academic title of professor. The lectures were held at City Tuberculosis Dispensary.

From December, 1969 until 1986, the department was headed by Doctor of Medical Sciences, professor N. I. Valvachev, a graduate of the Leningrad Military Medical Academy. From this time, for the first time in the USSR, the department started to investigate the epidemiology of hospital-acquired infections in surgical and obstetrical hospitals: determination of frequency and reasons of staphylococcal carriage in nasopharyngeal cavity of medical staff, characteristics of biological properties of staphylococci, study of epidemiological value of separate factors of staphylococci carry-over, clinical and microbiological aspects of hematogenous osteomyelitis in children.

Since 1973, there had been conducted courses on separate parts of epidemiology and microbiology, which since the 80-ies, had become more prevailing in the training curricula of the department.

From 1979, A.A.Kukulyanski had been working as a senior lecturer at the department, since 1984, he worked as an associate professor at the department. From 1986 to 1998, he headed the department. Having a great experience in academic work, А. А. Kukulyanski had significantly improved the teaching process in microbiology. Due to his efforts, there had been created a material base, which helped to give lecturers on modern methods of sensitivity determination of bacteria to antibiotics, determination of bacterial plasmids, cultivating of anaerobe bacteria. А. А. Kukulyanski implemented knowledge evaluation tests for physicians, developed a project of unified program of postgraduate advancement in microbiology.

In 1979, A.D.Sokolovskaya, Candidate of Medical Sciences, was appointed to the post of a senior lecturer, who from 1988 to 1998, had been working as an associate professor. She is a prominent specialist in the field of immunoprophylaxis, she organized and conducted advanced training courses on immunology and immunoprophylaxis of infectious diseases, developed the academic base for these courses. A.D.Sokolovskaya paid a great attention to practical seminars on microbiology.

From 1985 to 1990, G.R.Aksenenko, Doctor of Medical Sciences, professor, worked at the department. He had a great practical experience not only as a military epidemiologist in the area of dangerous infectious diseases, but also as a lecturer of the Department of Military Epidemiology and Hygiene in Tomsk, Kuibyshev; he organized lectures on epidemiology of the most dangerous infections and on general immunology.

From 1951 to 1972, the department had a clinical base at Minsk City Center for Hygiene and Epidemiology; from 1972 to 1985, it was based at the academic and laboratory building of BelMAPE; from 1985 until the present, the department has been situated at the academic and laboratory building of the Scientific and Research Laboratory in Lesnoy village of Minsk region, which has a lot of additional rooms for lectures.

Since 1987, S.G.Maslovsky, Candidate of Medical Sciences, had been working at the department as a senior lecturer. Being a specialist in the field of medical virology, he created an academic base for teaching of laboratory diagnostics, HIV-infection. The Ministry of Health of USSR equipped the department with the devices for enzyme-linked coagulation assay.

During 10 years, from 1989 to 1999, V.P.Antipenko, Candidate of Medical Sciences, worked as a senior lecturer at the department; from 1996, he had been working as an associate professor, giving the course on microbiology. He gave lectures on clinical and sanitary microbiology.

In 1998, the department was headed by Doctor of Medical Sciences, professor М. I. Rimzha. The main changes affected the organization of the practical seminars, both in epidemiology and microbiology. During the training courses, a special attention was given to the mastering of practical skills. For this purpose, specialists of the department prepared a number of case problems on all types of infections. Based on the primary documentation, physicians independently conduct an epidemiological analysis, put forward and substantiate a hypothesis, and make an epidemiological diagnosis.

In 2007, О.V.Tonko successfully defended Candidate’s thesis in epidemiology under the supervision of М.I.Rimzha. Today О.V.Tonko works as an associate professor at the department, successfully gives lectures on epidemiology and bacteriology, participates in a number of scientific researches, in the development of standards of the Republic of Belarus, sanitary norms and rules, instructions for use. She is an author of more than 150 scientific publications.

In 2015, O.N.Khanenko defended Candidate’s thesis in epidemiology under the supervision of Doctor of Medical Sciences, professor М.I. Rimzha.  Today O.N.Khanenko works at the department as an associate professor, successfully gives lectures in epidemiology and bacteriology, participates in a number of scientific researches, in the development of standards of the Republic of Belarus, sanitary norms and rules, instructions for use. He is an author of more than 70 scientific works and 22 teaching and guiding works.

In 2004, M. I. Rimzha was appointed to the post of the Deputy Minister of Healthcare and chief state sanitary physician of the Republic of Belarus.

Since 2005 until the present, N.D.Kolomiets, professor, Doctor of Medical Sciences, an academician of the Russian Academy of Natural Sciences, has been in charge of the department.

In 2008, S.A.Kostiuk, Candidate of Medical Sciences, started to work as an associate professor at the department. In 2010, S.А. Kostiuk successfully defended Doctoral thesis in clinical laboratory diagnostics and got the academic title of a professor.

Scientific work of the department is connected with the study of the issues of infectious diseases, rendering of medical care. Specialists of the department carry out epidemiological, microbiological and molecular and biological researches. The received results serve as the base for the development of sanitary norms, rules, hygienic regulations and instructions for use. The department actively cooperates with the specialists of other departments of BelMAPE, medical universities, republican scientific and practical centers, participates in different international projects.

The main forms of training are lectures, clinical discussions and practical seminars at the department and clinical bases, case studies, work with the computer program WHONET, AIS Epidemiology, mastering of practical skills, adherence to the principles of infectious safety, statistical analysis of data of epidemiological and microbiological researches, compiling and defense of theses, standard operation procedures (SOP). The lectures are conducted with the application of problem-based and interactive approach with the application of different teaching aids, including video materials.

The trainees master their practical skills at clinical bases of the department: 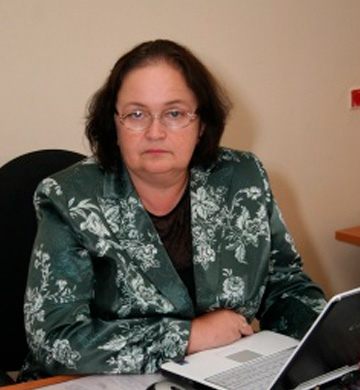 Natalia Kolomiets
Head of the Department of Epidemiology and Microbiology

Yuri Panasiuk
senior lecturer
Our website uses anonymous data transmitted using cookies. 🍪 All your information is stored securely and is not shared with the third parties.