In 1945, after reopening of Belarusian Institute for Advanced Medical Training there had been created a new course «Organization of healthcare and state sanitary inspectors», which in 1947 was reorganized into the Department of Healthcare Management. The department was headed by Z.K.Mogilevchik, an associate professor.

From 1949 to 1951, G.R.Kruchyok and M.M.Tur worked as deputy heads of the department; from 1951 to 1953, the department was headed by the Minister of Health of BSSR, Candidate of Medical Sciences, I.A.Insarov.

In 1953, the Department of Healthcare Management was abolished.

In 1959, it restarted its functioning as the Course of Healthcare Management. The teaching staff of the department was represented by health professionals – specialists from the Ministry of Health of BSSR. The course was headed by an experienced doctor, A.K.Kosach.

In 1983, A.V.Manulik, an honoured physician of BSSR, was in charge of the department (18.03.1928 - 28.07.2016). During these years, listeners of the courses were health professionals practically from all regions of the USSR. New courses and lectures had been piloted: on methodology of the system approach (А.V.Manulik), economics in healthcare (А.Y.Sokolov), purpose complex planning (E.A.Valchuk), information support of the management (N.I.Gulitskaya), academic and research basics of preventive medical examination of population (V.А.Romanov) etc. А.V.Manulik published a number of monographs, including those on methodology of the system approach.

In 1989, the department was reorganized into the Department of Social Hygiene, Economics and Healthcare Management. In the 90-ies, the training program for health professionals were modernized, the course on management, economics, planning, financing and law had been extended and renewed.

In 1993, the department was headed by E.A.Valchuk, an associate professor. Doctoral thesis of E.А.Valchuk (1994) covered the issue of the system of medical rehabilitation in Belarus. His scientific works on this topic are widely known abroad. In 1994, E.A.Valchuk got the title of a professor; in 1998, he became a corresponding member of the Belarusian Medical Academy. Under supervision of professor E.А. Valchuk, there had been prepared 14 Candidates and 3 Doctors of Medical; he is an author of a great number of works, including monographs. Fundamental handbook «Basics of organizational and methodological services and statistical thinking in healthcare» was republished 2 times and was very popular among specialists. In 1998, there had been completed the scientific and research entitled «Variants of realization of dispensary method in different conditions for different patients».

Under the participation of professor E.A. Valchuk, there have been created unique courses: a two-year course «Healthcare management»; advanced training courses for accountants, economists, inspectors, working in healthcare system; a course for chief medical nurses; the course «Technologies of hospital management», and a course on informatics.

The course «Economics and Accounting in Healthcare» was organized in 2000. It was headed by O.A.Kulpanovich, an associate professor, and E.E.Likhtarovich, a senior lecturer. In 2006, the course was reorganized into the Department of Economics and Accounting in Healthcare. Head of the department is O.A.Kulpanovich, an associate professor.

The course «Technologies of Hospital Management» was created in 2001. In 2006, the course became a part of the curriculum of the Department of Economics and Accounting in Healthcare.

The course «Medical Informatics», created in 2001, had been headed by senior teacher Y.V.Mereschakov until 2008, in the following years, it was headed by senior lecturer L.V.Shvab. In 2012, the course became a part of the curriculum of the Department of Economics and Accounting in Healthcare.

In 2001, the department was renamed into the Department of Public Health and Healthcare.

In 2007, the department had a new course – a course on pedagogics, psychology and foreign languages. The course has been in charge of senior lecturer S.F.Novitskaya.

In 2008, P.N.Mikhalevich, an associate professor, became head of the department. He is an author of 80 scientific works, the monograph «General Practitioner», a developer of healthcare legislation, a number of state programs etc.

From 2009 to 2012, the department hold the course «Management and economics of pharmacy» for pharmacists. The course was headed by Candidate of Pharmaceutical Sciences, L.P.Ryazhkina. There had been prepared and published the monograph «Management of pharmacy. A collection of lectures» (G.V.Godovalnikov, 2010).

In 2010, the department was headed by professor N.N.Piliptsevich, one of the developers of the Law «About Healthcare», program of demographic security, healthcare development concept etc.

In 2011-2013, the department was headed by Candidate of Medical Sciences, A.P. Romanova.

From 2013 until the present, the department has been heading by associate professor М.V.Schaveleva. She is an author of more than 200 publications; she is a doctor of the highest qualification category, a participant of a number of scientific projects on public health and healthcare management, including international ones.

The main targets of the department:

Academic work of the department

The main courses of retraining and advanced training cover the following issues: actual issues of ideology of Belarus, issues of politology, sociology and philosophy, culture and psychology in professional activities, medical ethics and bioethics, physical culture of healthcare leader, basics of management and marketing, economics, planning and financing of healthcare, basics of legislation and legal matters, state social standards of free medical care, anticorruption activities, work with the staff and etc.

Specialists of the department participate at «Days of head doctor» (reports), participate at the development of laws, directive and regulatory documents of the Ministry of Health, prepare and participate at scientific and practical conferences of republican health authorities, work at assessment committees, prepare information and analytical materials etc. 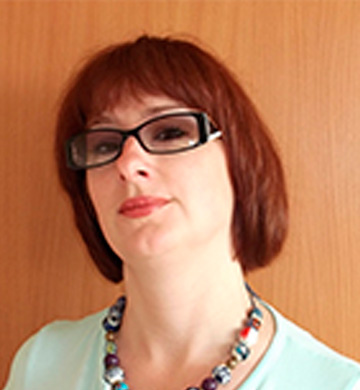 Marina Schaveleva
Head of the Department of Public Health and Healthcare, associate professor, Candidate of Medical Sciences
Our website uses anonymous data transmitted using cookies. 🍪 All your information is stored securely and is not shared with the third parties.