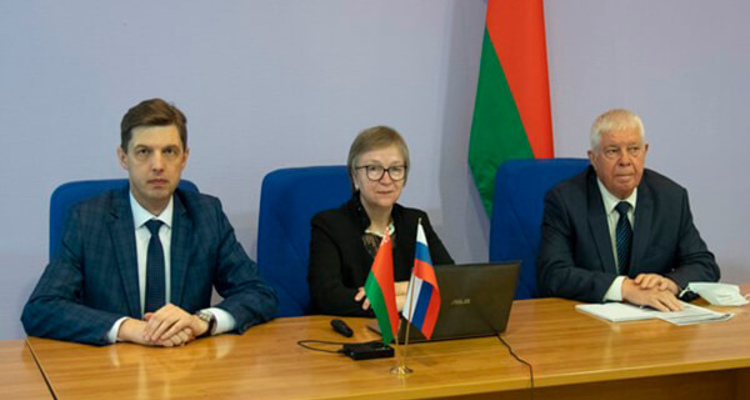 International cooperation. Participation of BelMAPE at the anniversary conference «General and military ophthalmology»

International cooperation. Participation of BelMAPE at the anniversary conference «General and military ophthalmology», dedicated to the 100th anniversary of the birth of professor V.V. Volkov

On the 14th of May, 2021, there had been held a conference «General and Military Ophthalmology», devoted to the 100th anniversary of the birth of professor V.V. Volkov, which was held in St. Petersburg, Russian Federation.

Head of the Department of Ophthalmology of BelMAPE, Doctor of Medical Sciences, Professor Tatyana Imshenetskaya took part as an honorary guest at the conference and made an online report "Intraocular foreign bodies: philosophy of surgical delicacy".

The online conference was attended by ophthalmologists who did the advanced training course No. 126 "Reconstructive and plastic surgery in ophthalmology."

Participants of the conference gave interesting reports, devoted to modern approaches to reconstructive surgery in ophthalmology.

Offsite training seminar organized by BelMAPE on the issues of professional certification of medical, pharmaceutical and other healthcare professionals in Grodno

Participation of Rector of BelMAPE Alexei Chukanov in the dialogue platform «Networking and Distance Education: Regulatory Support and Prospects for Development»

24 Jun 22
Our website uses anonymous data transmitted using cookies. 🍪 All your information is stored securely and is not shared with the third parties.