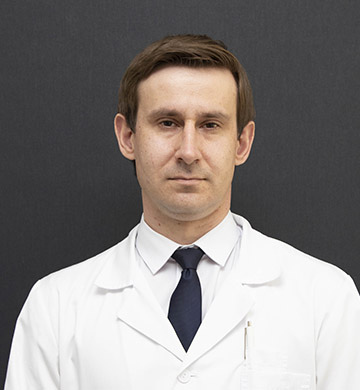 Aleksei Tchasnoits was born in 1985. In 2008, he graduated from Grodno State Medical University with a specialty in General Medicine, with a distinction.

From 2008 to 2011, he was a PhD student at the Department of Emergency Surgery of BelMAPE.

Aleksei Tchasnoits is an author of more than 30 research works, 1 patent and instruction for use.

In 2014, he got a scholarship of the President of the Republic of Belarus.

Aleksei Tchasnoits carries out advisory and medical work in burns units for children and adults at the Hospital of Emergency Medical Care.

The main topics of scientific researches: treatment of burns, frostbites and their consequences, treatment and prevention of scars, deformations and contractures in patients with thermal trauma and wounds of other origin; application of vacuum generator in the therapy of wounds of various etiology.