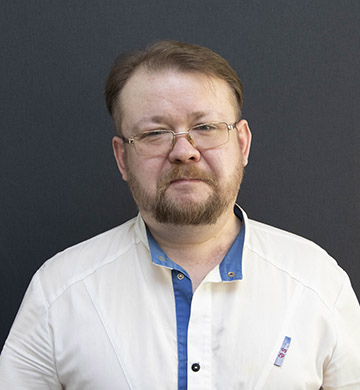 Assistant of the Department of Plastic Surgery and Combustiology of BelMAPE

He is an author of more than 40 research publications and 2 patents, a guidance manual, treatment protocols for thermal radiation damages.

Aleksey Serebryakov renders medical and advisory care to patients at adult and pediatric burns units, and also at the Republican Burns Center of the Hospital for Emergency Medical Care in Minsk.

The main topics of scientific investigations: treatment of burns, frostbites and their consequences.