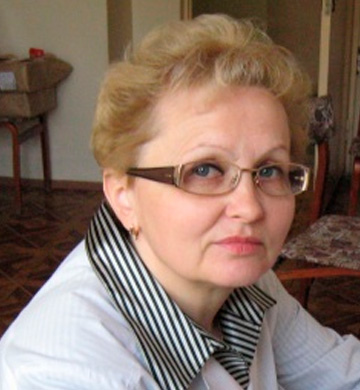 Elena Kolupaeva graduated from Minsk State Medical Institute, Pediatrics Faculty, in 1982.  After the graduation, she worked as a pediatrician, and then as deputy chief for clinical work at Minsk Pediatric Outpatient Clinic № 23. From 1987 to 1990, she worked as a nephrologist at Minsk Pediatric Regional Hospital. From 1990 to 1992, Elena Kolupaeva did clinical residency course at the Department of Pediatrics-1 of Belarusian State Institute for Advanced Medical Training. From 1992 to 1998, she worked at Minsk Clinical Hospital № 4: first – as a physician at Functional Diagnostics Room, and since 1993 - as deputy chief physician for clinical work.

In 1999, Elena Kolupaeva defended her Candidate’s thesis entitled «Hormonal and clinical and immunological disorders in children with inflammatory kidney diseases». In 2007, she got the academic title of an associate professor in clinical medicine.

Elena Kolupaeva has the highest qualification category in Pediatrics.

She is an author and coauthor of more than 150 printed works, among them there are 34 educational guides.