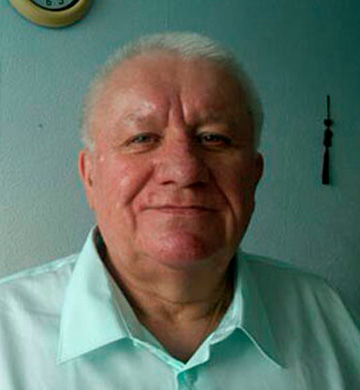 Leonid Kasko was born in 1954 in Minsk. In 1971, he was admitted to Minsk State Medical Institute, Faculty of General Medicine, which he graduated from in 1977 with a distinction. From 1977 to 1979, he did clinical residency at the Department of Obstetrics and Gynecology of Minsk State Medical Institute. After that, Leonid Kasko started to work as a gynecologist at the 1st Minsk Clinical Hospital. In 1981, he started to work as an assistant at the Department of Obstetrics and Gynecology of Belarusian State Institute for Advanced Medical Training. In 1985, he defended his Candidate’s thesis entitled: «Condition of fetoplacental system in pregnant women and women in labor with diabetes mellitus».

In 1994, he got the academic title of an associate professor.

Leonid Kasko is a curator of the Obstetric Observation Unit of the Maternity Hospital of Minsk Region. His main scientific interest is vertical child delivery.