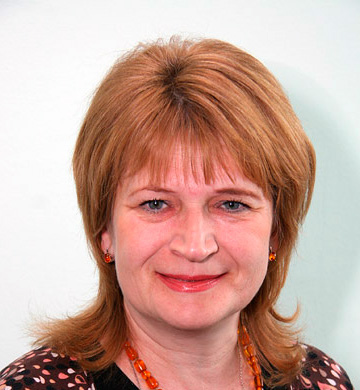 Raisa Mikhaliuk graduated from Minsk State Medical Institute. She worked at healthcare establishments of Minsk region. From 1991 to 1993, she did clinical residency at the Scientific and Research Institute for Neurology, Neurosurgery and Physiotherapy.

In 1996, she defended her Candidate’s thesis entitled “Epileptic syndrome in patients with chronic alcoholism”.

From 1997 to 2006, Raisa Mikhaliuk worked as a neurologist, head of the Neurology Division of the he Republican Clinical Hospital for Disabled Veterans of the Great Patriotic war named after P. M. Masherov.

From the time of the foundation of the Department of Gerontology and Geriatrics of BelMAPE, Raisa Mikhaliuk had been working as an assistant there, and since March, 2010, as an associate professor.

The fields of her scientific interest: diseases of the nervous system in the elderly people.

She is neurologist of the highest qualification category.