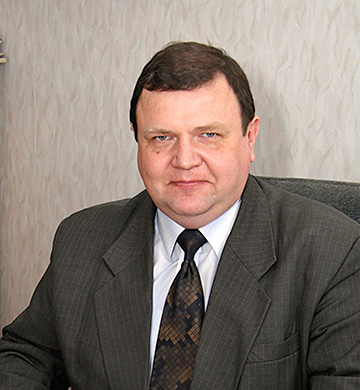 Yury Gain was born in the family of physicians on the 5th of September, 1959 in Mogilev.

He is an author of more than 560 scientific works, among which there are 23 books (work books for students of medical universities and postgraduate students, guides, manuals for physicians and nurses, popular science editions), 25 instructions for methods of disease treatment, 56 patents for inventions and useful models of the Republic of Belarus, 2 works presented at the National Economy Achievement Exhibition in Belarus. He has 74 certificates for rationalization proposals.

He is a winner of the Belarusian National Academy of Sciences Award in the field of medicine (2007).

Government Award - medal "For labor achievements" (Degree of the President of the Republic of Belarus № 370 from the 19th of July, 2010)

Chairman of the primary non-governmental organization "White Russia" at the Belarusian Medical Academy of Post-Graduate Education.